The first seed of the Museum of Archeology of Verdú was placed in 1935, when Ramon Boleda together with his uncle exhibited in a room of the Sanctuary of Sant Pere Claver, the pieces found. The Civil War damaged all that legacy.

After the Civil War, Ramon Boleda began a very fruitful archaeological work, being appointed Delegate of Archaeological Excavations on December 10, 1957. In 1976 he published the Archaeological Charter of the Corb, Sion and Ondara river basins. In 1980, a new exhibition space was created to display the archaeological material at the “la Caixa” headquarters, but it became a temporary project, which did not last long.

The Archeology Museum opens on May 2, 2004 and on the occasion of the celebration of the Festa del Silló and Fira de Ceràmica. R. Boleda Collection located in the Old Hospital, with the intention of becoming a permanent exhibition.

Finally, on January 25, 2020, the new location of the Archaeological Museum will be inaugurated. Ramon Boleda Collection in the Sala Sant Bernat of the Castell de Verdú. Boleda was a great enthusiast of archeology and the history of his town.

The exhibition shows the most remarkable archaeological pieces that Boleda found for years in the various sites in the area, in other municipalities of Urgell and neighboring counties. Boleda was a man linked to the territory. Among all the sites cataloged by Boleda, three stand out; the Molí de l’Espígol, the Pla de les Tenalles and Els Estinclells, in Verdú.

In the Ramon Boleda Archaeological Museum you can see pieces from the Paleolithic, Neolithic, Bronze Age, Iron Age, Iberian and Roman times, establishing different blocks that show the variety of times, sites and locations.

To visit the collection you must book at the Verdú Tourist Office.

Face of a terracotta figurine by Jaume Font Queraltó on Sketchfab 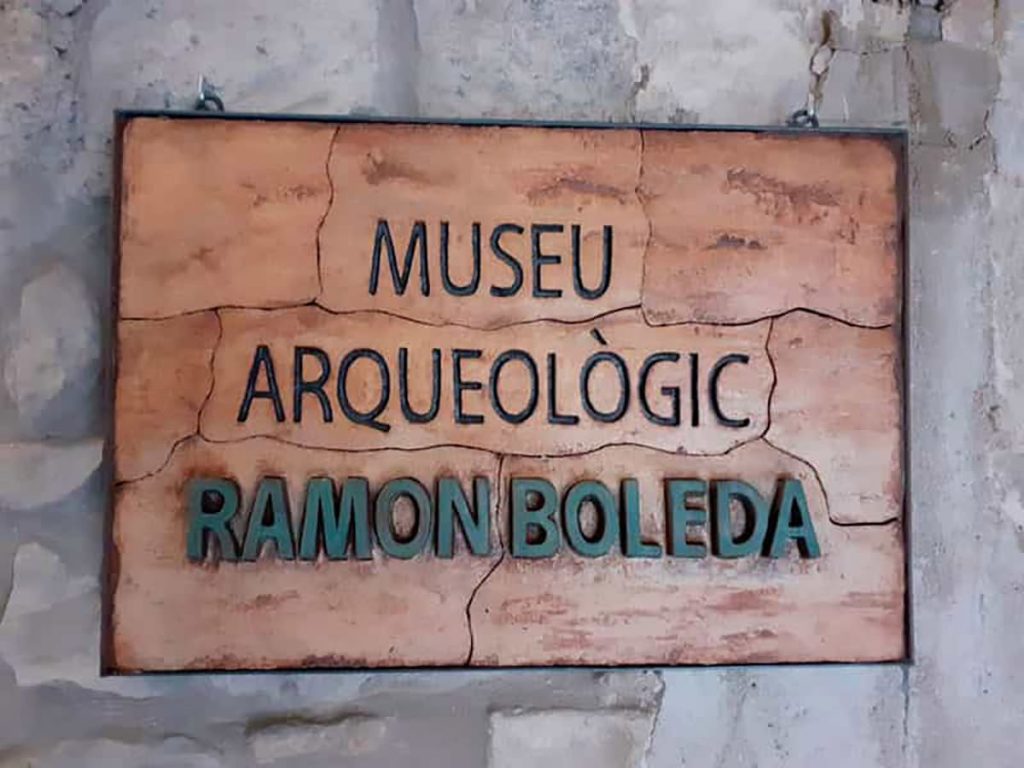