Call de Tàrrega occupied the area below Plaça Major and Carrer Major, between the current Carrer de les Piques and Carrer de la Font. It was bordered by the Ondara River.

Carrer de l’Estudi was the backbone of the street and was where most Jews lived. The Jewish bakery was located at the top of this street, and a new synagogue was built in the lower area in 1347. Today, we can still see traces of medieval times that have survived in some places in the Jewish quarter. After the assault of 1348, King Pedro III gave orders to repopulate and fortify the Jewish quarter and to physically separate it from the Christian population.

The year 1348 is a tragic date for the history of Tàrrega and for the Jewish community that had settled in the town since the end of the 13th century. If the first third of the 14th century is a time of economic and urban expansion that favors the growth of the village and the Jewish neighborhood of Tàrrega, a continuation of every year of colliding ills and economic crises favor the creation of social tension and the religious confrontation. This situation is spelled out with the arrival of the pesta in Catalonia and in July 1348, the assault on the call of Tàrrega occurred, shortly after those of Barcelona and Cervera.

Although we were aware of this uproar from the documentation of the Royal Chancellery and the story of Josef ha-Kohen, The Valley of Tears, the excavations in the call and, very especially, the excavation, in 2007, of the Jewish necropolis of the Roquetes (the pit of the Jews of Tàrrega) have made it possible to archaeologically corroborate the magnitude of the assault and specify much hitherto unknown data, thanks to the exceptional discovery of six mass graves where nearly seventy victims of that assault were buried. 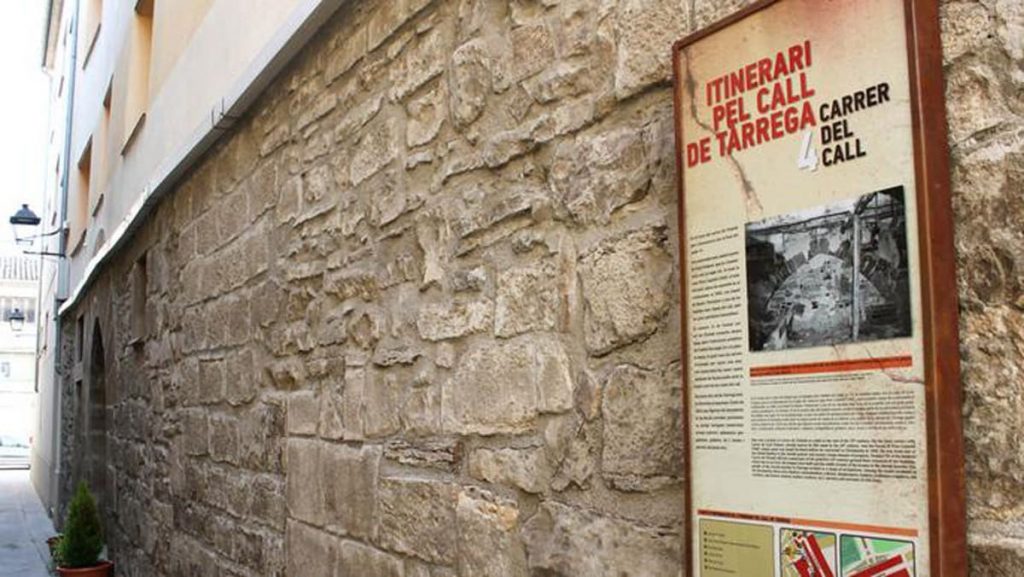