This is an Iberian site from the 3rd century BC, owned by the Verdú City Council. It has exceptional conditions to be the subject of a thorough study and an adaptation of this for the public visit. The excavation of the Iberian village of Els Estinclells is part of a global research project in the territory of Urgell and neighboring counties. Work has now begun on the Roman villa located at the southern foot of the Iberian site.

Archaeological evidence marks a single phase of amortized occupation for the Estinclells at the end of the 3rd century BC. All this presents a fairly coherent and homogeneous abandonment well dated to around 200 BC, in relation to historical events related to the Second Punic War. Levels of fire are documented in four of the houses that make up the village, probably due to occasional looting probably caused later (possibly during Roman times), although most of the enclosures appear to have been intentionally abandoned, this can be deduced from the low presence of objects and the intentional walling that is found in some of the doors of the houses and the village door itself.

The Estinclells fortress is basically made up of a series of defensive elements, a moat and a wall, a battery of houses of different surfaces and a pond arranged around a cobbled street.

Virtual tour of the Iberian site of Estinclells de Verdú 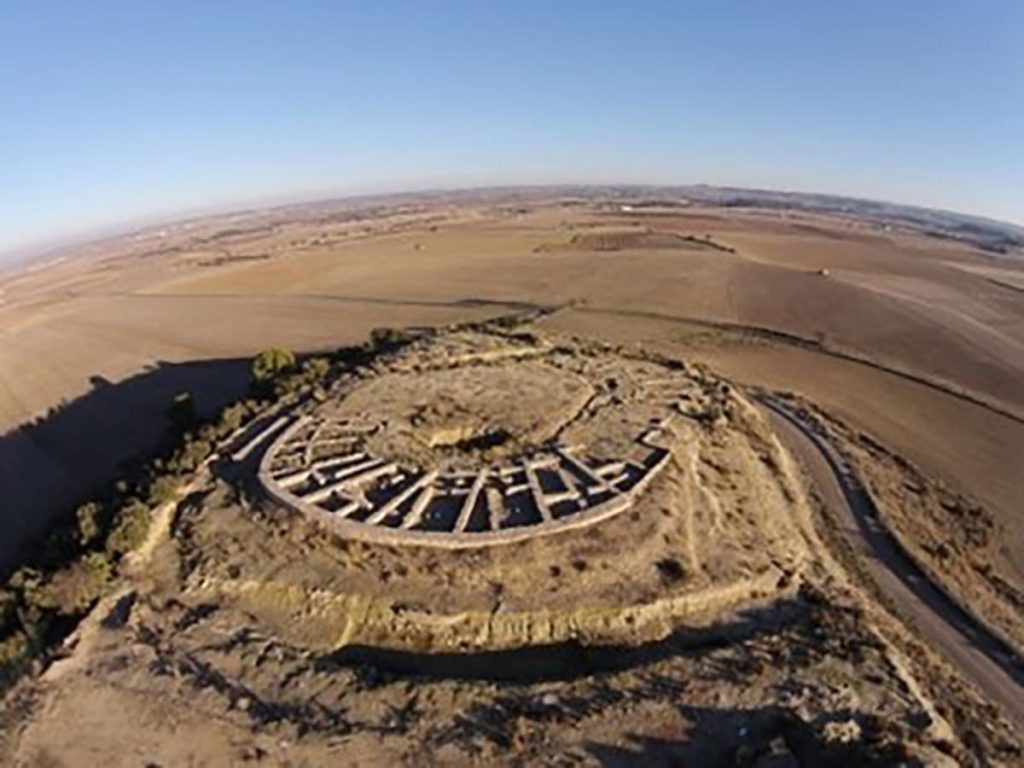