Linear itinerary starting in Claravalls and ending in the Castellots sector, at the northern limit of the municipality. It is a route of contrasts, passing through both more arid and typically steppe sectors and the irrigated areas of Santa Maria de Montmagastrell. Part of the route passes through the site of the Natura 2000 Plans de Sió Network.

Areas and places of natural interest

Plans of the Sacred Heart

Les plantes d’Espígol: represents one of the best dry land areas in the municipality with a high landscape interest.

Puigconill: to the south of the Urgell canal that connects with Clot del Morell.

Santa Maria de Montmagastrell: parish church of the Holy Name of Mary. The construction of the Urgell canal meant that half of the arable land became irrigated, which completely changed the landscape.

Els Costellots: undulating steppe sector, the best preserved in the term. The hills allow us to enjoy stunning views. 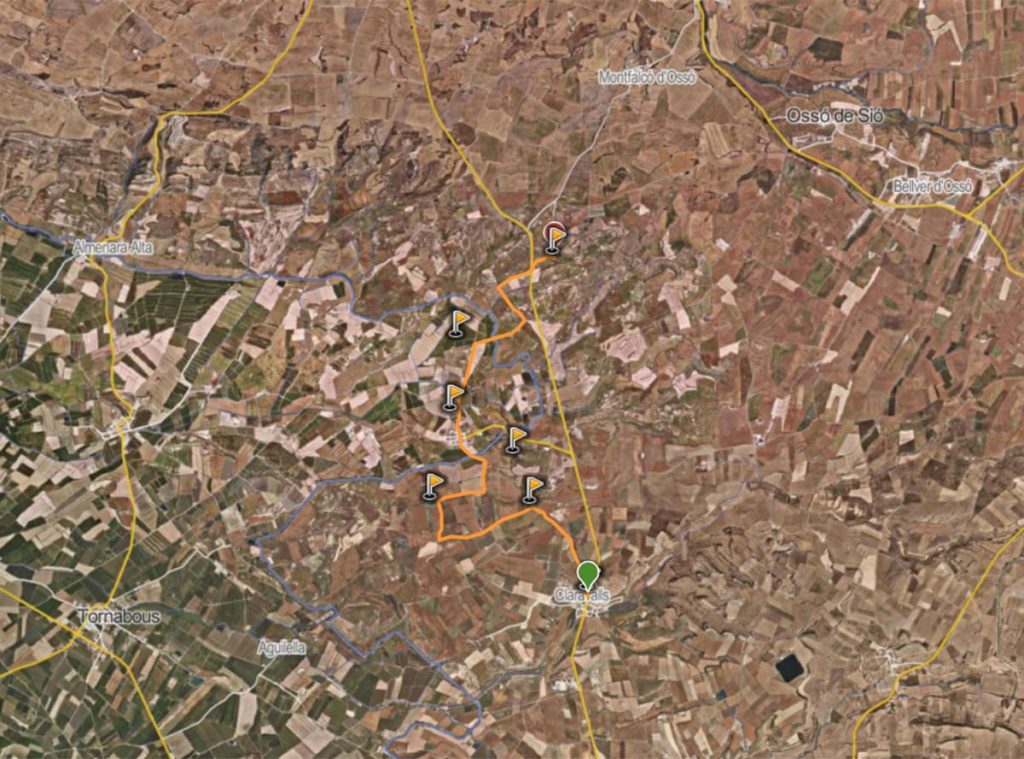