The Birds of the Torre del Codina, Chapter 3: The Owl

> Listen to the song of the Owl:

The owl, also known as the little bustard, “Tyto alba”is a nocturnal bird of prey of the order Strigiformes and family Titonidae. It can weigh up to half a kilogram and with open wings it can have a wingspan of one and a half meters. The main feature is the heart-shaped white color of the facial disc, which is complemented by the white chest with black dots and the gray, gold and brown back that gives it a majestic presence. 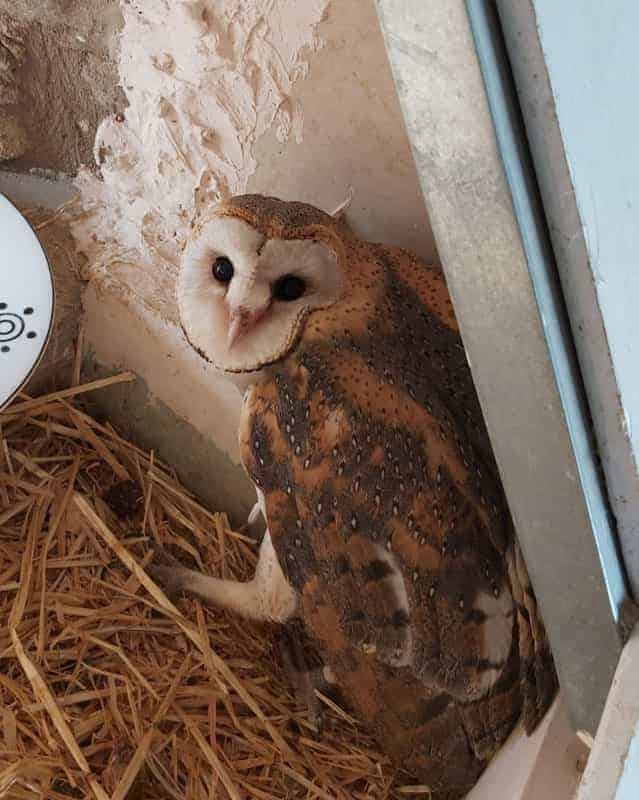 It feeds on small mice, some distressed rats, or even moths. It has a great ability to see at night and is one of the few birds that can completely close its eyelid.

The etymology of the name comes from the Germanic “óbila” (in some places in the linguistic domain it is called so), with the same meaning linked to the word “oil”. In the past, owls used to drink oil from church lanterns because they lived in bell towers and churches. 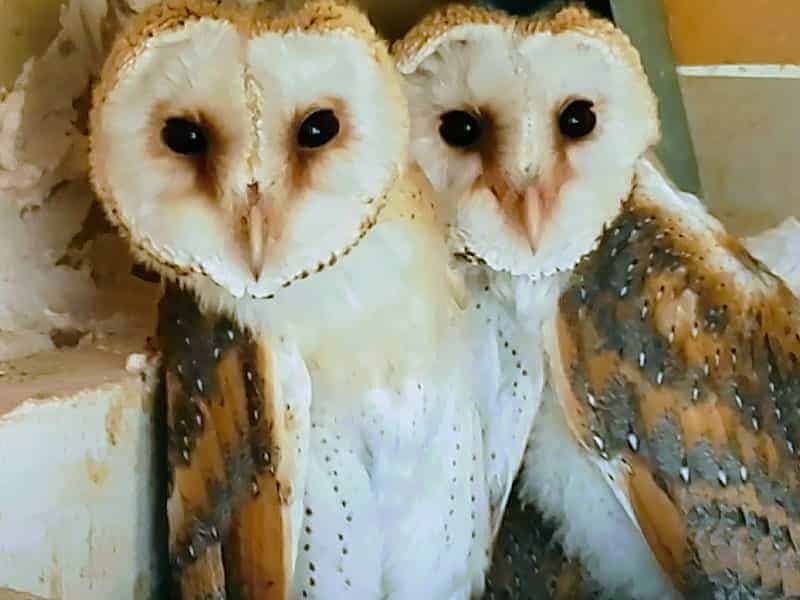 Until the arrival of the Harry Potter and White Owl Hedwig stories,the legends of owls in our area were black and sinister. They were associated with misfortune and death, both because of their nightlife and their ghostly appearance. The impact of seeing an owl reflecting the moonlight at night, on the edge of old churches or abandoned ruins, caused a social rejection of these beautiful and beautiful birds.

The word meuca, which is used in our region, is the result of the onomatopoeia of the cry of owls, very similar to that of a cat when it barks. The word “meuca” has had the meaning of prostitute in Catalan since the painter Isidre Nonell named “Meuca” a drawing made in 1906. 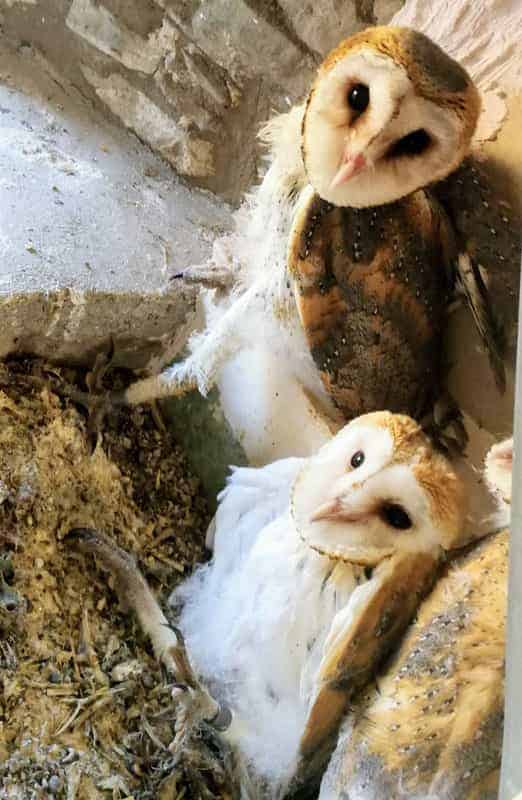 One of the bells of the Seu Vella of Lleida is called “Meuca” to be found in a bell tower and that rings when the Bishop or a Canon of La Seu de Lleida dies. The poet Jaume Agelet i Garriga dedicated these verses to him:

(Excerpt from “The work of Jaume Agelet i Garriga.” Study and edition by Enric Falguera García. University of Lleida) 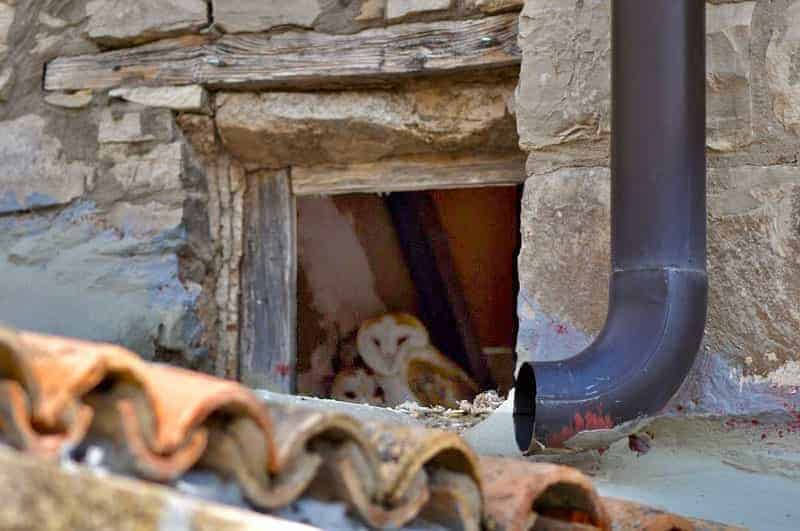 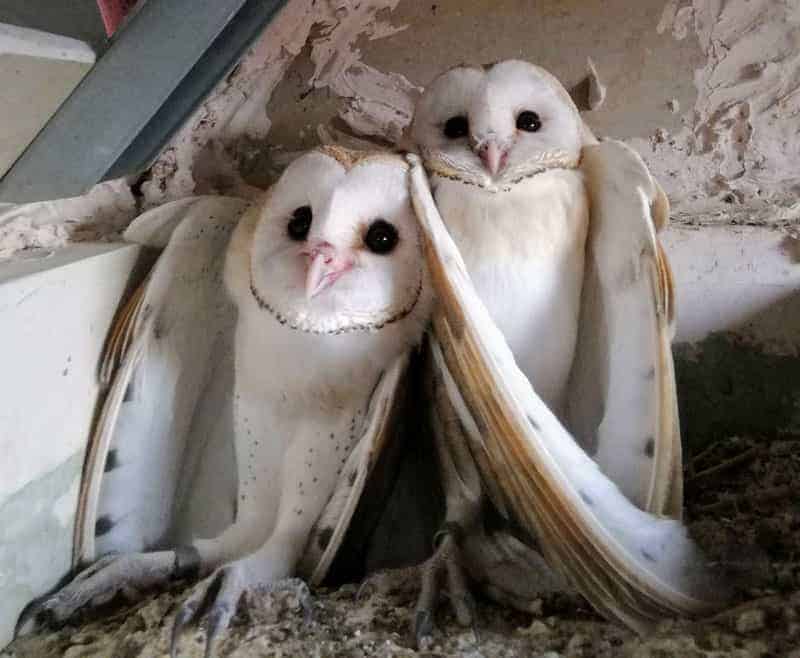 Recent years have seen a 50% drop in the population of owls across Europe. In Catalonia, the population has decreased by 30% in recent years. Globalization, which directs agricultural activity to maximize production, at the expense of eliminating the agro-forestry areas where the main sources of food for the country’s own fauna lived and reproduce, breaks the traditional natural balance and negatively impacts biodiversity. Earthquakes, the disappearance of margins and curbs in fields and ancient wastelands, and the disproportionate application of herbicides, pesticides and raticides everywhere, are directly responsible for a large-scale ecological disaster on the planet. 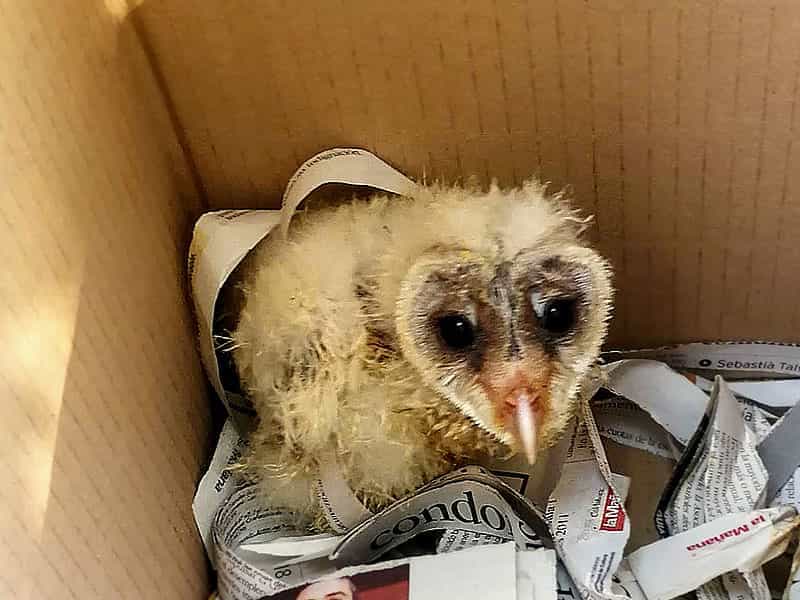 For this reason, the Department of Territory is coordinating a project to recover the species in Catalonia, which begins with captive breeding and subsequent release. We are also working to involve the population so that it is better known and protected.

During the years 2018 and 2019 in La Torre del Codina we have collaborated with the project to recover the Owl in Catalonia, and we have raised and fed five specimens of owls, which have been released into the environment in the environment of the rural house. The specimens released in 2018 have even been placed in a nest box in the house, in which we assume that in 2019, they have already been bred. 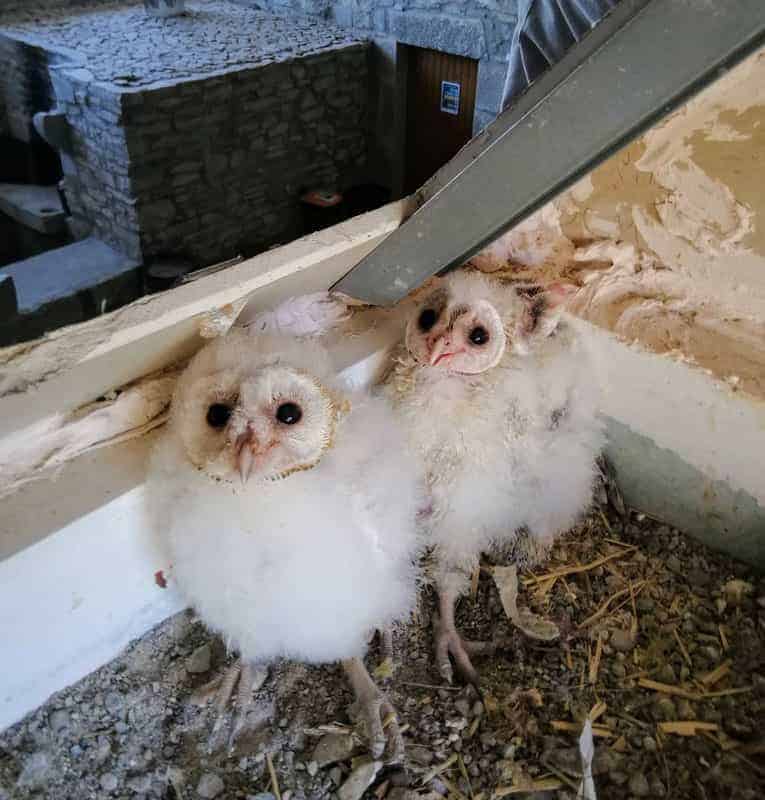 Unlike the kestrel, the breeding of the owl is more laborious and requires different conditions. Throughout the process, they should be placed in a closed enclosure to prevent them from escaping or falling prey to their predators. This process, in 2018, lasted from June 30 to August 2, feeding them almost three or four times a week. On the 2nd of August when we removed the grate, the owls remained in the nest until the 16th of August. From that day on, they kept coming at night to look for food in the nest until well into September. More than two months of caring for and feeding the owlcubs and then accompanying them with the food until they no longer need it. 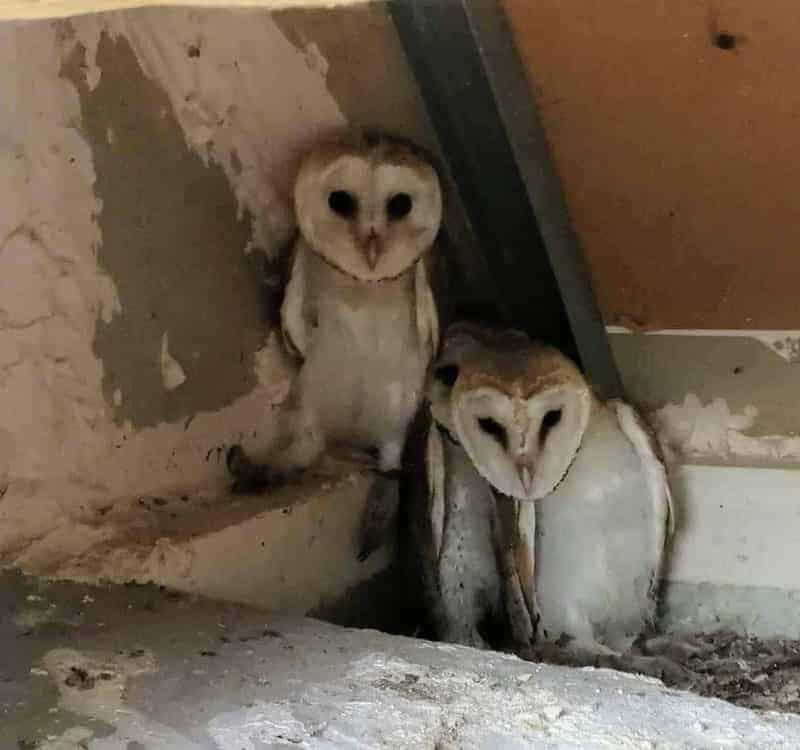 The owl is a fantastic and beautiful animal.Wild and wild as it should be. Majestic and unique. There are a thousand couples left all over Catalonia and in many places they haven’t been seen in years.

To save owls is to protect biodiversity, it is to safeguard margins, it is to preserve wastelands, it is to avoid pesticides and raticides that contaminate their staple food. 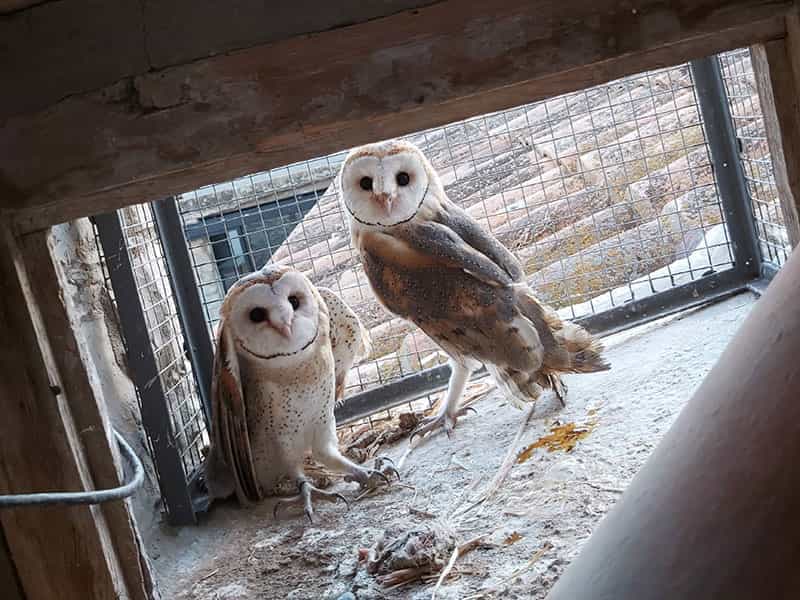 We save owls, we save nature, we save biodiversity, we save the earth.