The fox: Heritage of La Segarra and Urgell

“We are at the end of summer. For the fox born at the beginning of March this year, in a den near our house, it is the worst moment of its short existence.

A puppy brother has been shot dead by hunters at the start of the mid-August ban. Another has crashed into the road with a crazy quad, as have others who die on the roads. The most terrible death, however, has been that of an adult fox in the family, in a trap hidden among the branches of the ground, which cut his leg. She died bleeding two nights later, in the midst of moans of pain, and full of grief that her instinct will never forget.”

The fox (“Vulpes vulpes”) also known as guilla, fox or fox is a mammal of the canid family. In our region, it is an omnivorous and opportunistic feeding animal that feeds on everything, and is basically frugivorous and insectivorous . The studies of biologists Joan Barril and Isabel Mate in their book “La Guineu a Catalunya”, based on the analysis of excrement, determined that foxes feed mainly on fruits and seeds, insects and invertebrates, and micromammals. The appearance of birds and rabbits in their diet is occasional (in many cases they are sick or dead animals). The consumption of game species, road in areas with a high population density of birds or rabbits.

Interestingly, it is shocking to see how the traditional image conveys an iconography of the fox as a carnivorous animal. It is also common for tales, fables, and popular and collective memory to regard the fox as a greedy, greedy, suspicious, and mischievous beast, always on the lookout for corrals to steal chickens that are no longer in the wild today. its scope.

Instead, the reality of the fox, scientifically studied by biologists around the world, is portrayed as a fascinating animal. Nothing to do with the demonized image that, exploited by certain interests, condemns her to fall victim to indiscriminate hunting and capture in the 21st century.

The fox has an incredible olfactory capacity that allows it to smell a mole one meter underground, or identify another fox at long distances, thanks to its supracaudal glands. Use your ear to measure distances, to warn of danger, or to receive communications from your peers. Their night visibility is total, and the touch of the sensitive hair on their legs and snout gives them the security of knowing where they are at all times.

In addition to its physical and sensory abilities, the fox has been shown to be an animal endowed with memory and intuition. She is skilled, adapts like no other to her environment, has wit and cunning, is clever and cunning, able to improvise complex strategies to survive.

The fox knows that being careless means his death. But unfortunately foxes have a weak point: Their sense of taste does not allow them to detect the taste of poison. In many places, they have been massively poisoned in recent decades.

The fox’s only fault is being a beautiful animal. Their soft skin, blonde, cream or charcoal, is the only object of their indiscriminate hunting, allowed by a supposed control of the population densities of foxes.

As a canine, and as an adaptable animal, foxes have a diverse and complex social organization. The family group consists of a dominant and territorial male, a breeding female, and two or three helper subordinate females, as well as puppies. Sporadically there is a male subordinate helper who cooperates in raising a puppy, with the contribution of food.

The family group dominates a territorial area, depending on the food available for its survival, and will defend with complex tricks, any incursion of its congeners. The family group, as a territorial social organization, regulates its own reproduction and the population density of the territory.

The fox’s ideal habitat is made up of a mixed landscape of dry wooded areas with small hills and small open spaces. The change of habitats affects its territorial distribution, as well as the construction of infrastructures and the physical enclosures of large rural plots.

The Segarra of hills and margins, which mixes through valleys and comas with the plain of Urgell is one of the favorite habitats of our fox. Humans who unknowingly live there ignore almost everything about her.

We are a privileged country, with open and firm people, with a beautiful landscape like few others. A land that gives us authentic and quality products. With a unique and splendid artistic and architectural heritage. We are a country where history is heard in every place and every corner. And we also have and enjoy an immense natural heritage to know and admire.

Meet and admire the fox. Respect it and observe it. Spread its values and its uniqueness as a species adapted to our environment. Make the fox a symbol and reference of our counties of Urgell and Segarra.

If we want, we have a new job, immense and exciting in our hands. The fox is waiting for us, to recover with it the heritage of dry stone, made of margins and huts, where the lair is.

“He had learned to scratch and hunt. First as a game, digging up ants with their siblings, hunting flies with horns. Bouncing and the thousand weird somersaults that the agile body of a fox puppy was able to perform. They hid quietly in the most suitable place and jumped on top of each other at the slightest carelessness. It was the most useful game of his life: Always alert, to find food, to hunt or to avoid being hunted.

Remember everything. Every place, every smell and every stone. Remember the noises, the branches and the paths, attentive to the smallest change, attentive to everything, attentive to intuiting the smallest trap. Learn to speak and communicate, to recognize your own, just by the smell of the air. Measure distances with the ear. Know where you are, with the touch of your feet on the ground. Smell and feel the mole underground, scratching until you find it. Know how to see and know how to look, so that everything fits, both day and night”. 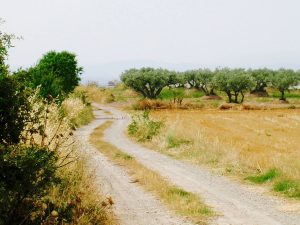