The Rural House of “La Torre del Codina” is located in the northern part of the old town of Tàlladell 4 km from the village, in the municipality of Tàrrega.

LOCATION OF THE TORRE DEL CODINA 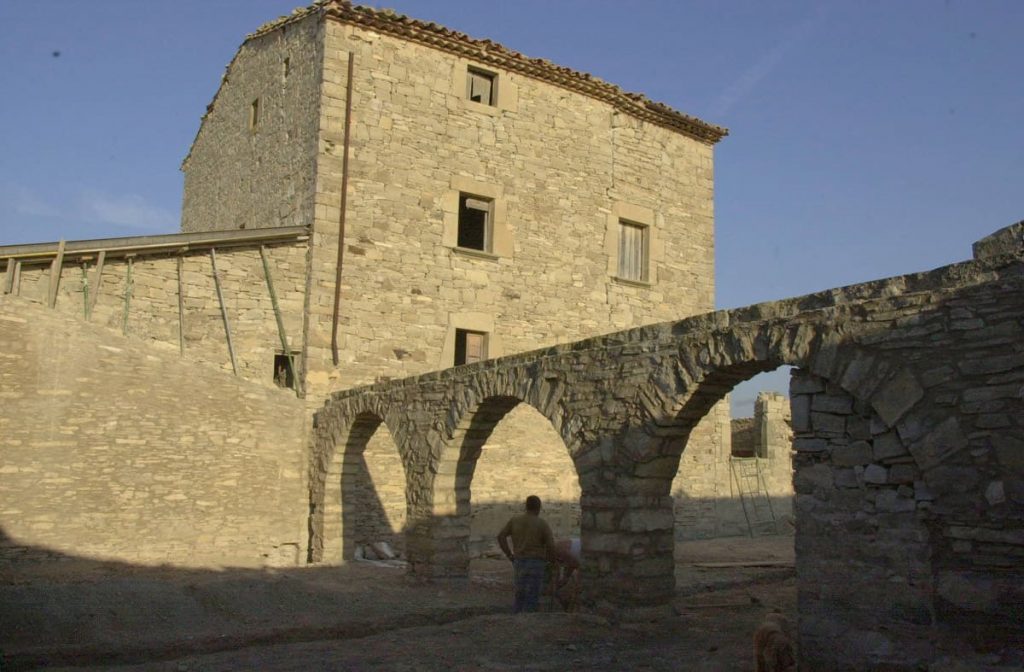 The building has undergone several renovations over the centuries, the last being in the late nineteenth century, and so we can read on the original doors of the courtyard that are restored at the entrance of the house: “D. J. CODINA 1891 ”.

Joaquim Codina Canut, from Talladell, was the heir to a rich family of landowners who held important liberal political positions during the 19th century. in the early Democratic Six-Year Plan. He was also Provincial Deputy and Senator (1871-1872).

Don Joaquim’s daughter, Dolors Codina i Arnau, was appointed mayor of Talladell in 1924 during the dictatorship of Primo de Rivera. This fact makes her the first Catalan mayor and Spain.

A noteworthy date is the one on the stone lintel at the entrance to the courtyard of the house: “A 8T 7 de 1753″. The order of the date, we see it following the Iberian or Basque system, “month, day and year”. This date of October 7, 1753, was Sunday and is the date of the feast of the Virgin of the Roser which has a chapel in the church of Talladell.

To understand the influence of the religious fact on the old regime, it should be mentioned that also on Sunday, October 7, 1571, the Battle of Lepanto took place, on the Greek peninsula of the Peloponnese, of the Mediterranean powers against the Ottoman empires. In commemoration of the victory, Pope Pius V established the feast of the Roser by the intervention of the Virgin in victory. The fleet of the Crown of Aragon, and the ships of the Order of the Knights of the Hospital (Military Order of St. John of Malta), which had in the Command of Granyena some of the main commands, had a prominent role in this battle. and properties of the order in the Language of Aragon. The same order of Granyena came to him from the properties of the Order of the Temple, of which Granyena was the first Catalan order and one of the most prosperous of the whole order. As an example, it should be mentioned that in medieval times, the richest orchard area in Tàrrega was known by the place name of La Plana de Granyena, and much of the town of Talladell was owned by the Order of the Temple. It is observed in the current coat of arms of the town, which bears the cross of the Templars on the coat of arms of Catalonia.

In the parish of Talladell we find a document from 1737, which mentions the place as Torre de Reixachs, and the following year in 1738 as Torre del Codina.

In 1805 it began to appear in some documents as “Casa Nova del Codina”. The Torre del Codina ceased to be inhabited after the consequences of the heavy snowfall of February 1944.

The Torre del Codina is located in the natural area of the Zepa de Granyena. In its surroundings we can find a great diversity of fauna and flora typical of the steppe areas. Among the birds protected by the EU directive we can find the Marcenca Eagle, the Arpella, the Gray Sparrow, the Sisó, the Torlit, the Duke, the Enganyapastors, the Gaig Blau, the Calandria, the Terrerola vulgar , the Cogullada fosca, the Cotoliu or small cogullada, the Trobat or titina, the Tallareta cuallarga, and the Águila Cuabarrada. The badger, hare and fox are common mammals in the area, as well as amphibians, insects and plants, flowers and trees uncommon in the rest of the country, such as the Servera.

The Torre del Codina is a model building of rural architecture of considerable dimensions. It is a building designed for agricultural and livestock exploitation, while serving as a sporadic residence for its owners and serving as a harvester for harvesters and harvesters in times of greater need for labor in the countryside. It would also have served as a hostel or hostel.

The house has a cellar, stable, corral, wine and grain cups, bread oven, cistern and sink for storing oil.

The proportions of the main building are 10 meters by 10 meters, and 12 meters high. It is oriented from south-east to north-west, in order to make the most of the sunlight all year round.

The whole of the spaces and buildings of the Torre have a defensive character. Closed on all sides and easy to defend. Its privileged location at an altitude of 480 meters above sea level, and visible from various places (El Talladell, Campanar de Tàrrega, Torre de Verdú, L’Ametlla de Segarra, Vilagrassa, etc ..) allowed it to have permanent visual contact with the inhabited places of the environment.

The main entrance to the Torre leads to a large courtyard from where on the right you can access the top of the cups where there were the brescats to trample the grapes with your feet. The two cups, made of pottery, have a capacity to store 70,000 liters of must.

From the courtyard you can access the main entrance of the house which has on its ground floor the old block now used as a games room of the rural house.

The rehabilitation project has faithfully maintained the image of the house, and only restores and consolidates the most degraded parts of it.

The house, which can accommodate 15 people, consists of:

In addition, the services of the house are diverse: 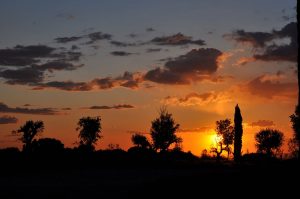 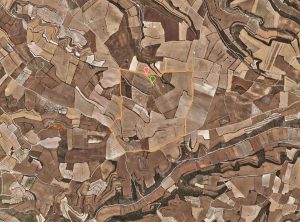